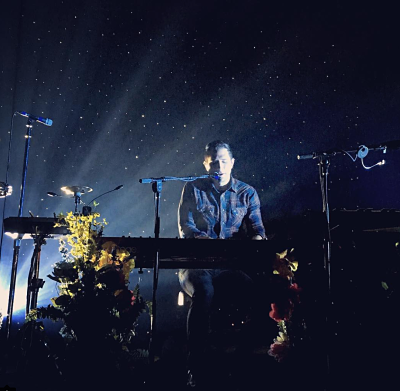 i saw owl city on Tuesday.
in Anaheim.
i met the guitarist cody and goose the drummer
i got a setlist
my friend got a pick
i was second row
i think we made eye contact of hopeful recognition

photo album of the show 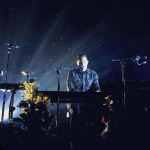 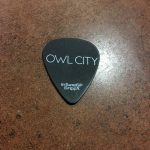 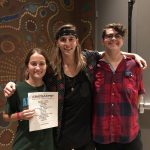 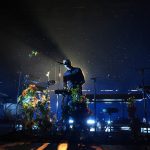 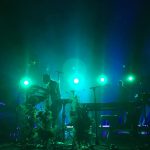 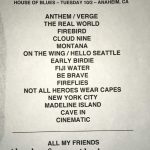 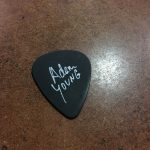 my friend Davis Smith flew in from Arkansas to see the show with myself and Joseph. i met Davis on Twitter and Soundcloud. he made some funny videos to get my attention, wish i had those around. he saw joseph’s cover of Adam Young’s really old song Prom Night, made a cover, and then I covered the song too and sampled Davis.

this was around the time of Joseph’s accident. a high-speed fatal crash at 75 mph

*me leaving school on my bike*
*gets text*
joseph: “i was in an accident”
me: *has no context for accidents and assumed he hit a curb or something*

it turns out this boy just flipped 6 times and walked out of the car and texted me on a bystanding nurse’s phone.

me: *sees a picture later on of him all muddy and smiling in a neck brace in the hospital*

*on a stretcher being carried across the highway*
joseph: “it’s a beautiful day for an accident”
medics: is he always like this or is it the adrenaline

turns out a 60-year-old man had a medical emergency and crossed the highway median and hit Joseph, and died instantly.

if i don’t write it down these memories are gone forever and die with me.

I met Joseph on Soundcloud over 5 years ago this week.

i met him because he made this

i had never heard anything like it. most covers were bad. not to mention those synths are on point. i was 14, and so was he. i was just getting started trying to record myself and my guitar. i wanted to make music.

at home. in my pajamas. whenever i wanted.

that’s what owl city did.

i had 0 clue what synths were. and here was this kid my age nailing the sounds of my favorite artist. win.

he did say my synths weren’t that good. rip. that made me scared of synths for a good solid few years. i was using iPhone GarageBand tho.. smh.

made some music for a show with millions of views.

just discovered a song i made has been memed with my favorite artist? what else is there left to do in my music career?

he had his car crash 2 weeks after we started dating.

we racked up many Greyhound points by orchestrating many trips back and forth from Michigan and Buffalo.

flew him out to San Fransisco late 2016. gave him a taste of California.

probably having a meeting at a Starbucks near you

i also met another good friend on Soundcloud, Patrick. he found me through his friend that I collaborated with on Soundcloud in maybe 2014.

i took a bus to d.c. to visit in early 2017. i have a song coming out that mentions that soon.

you may have seen our collaborations around the tube.

and my friend Shun came to visit us from Japan! it’s insane how these things come together. i also showed my friend Luca the US for the first time. he’s from Italy. i also know him from Owl City.

i haven’t really traveled to other countries before other than being 20 minutes from Canada in Buffalo. what is it like outside the American ways of _____?

i met Adam Young before a show in Cleveland November 2011. gosh. i was 12 with brace face and just started playing his songs on guitar + gigging a few months prior. we got the tickets through a failed attempt to have him on a radio show. more on that here.

owl city fans are the best. they connect with my music too. owl city gave me a sense of purpose and direction. he made me realize that life is more than being alive. its a feeling. it’s something to strive for. owl city inspired me.

hopefully, this explains why owl city is so important to me and why i’m always traveling to see online friends

About me
Waiting For You Music (Different song) Music Video Release 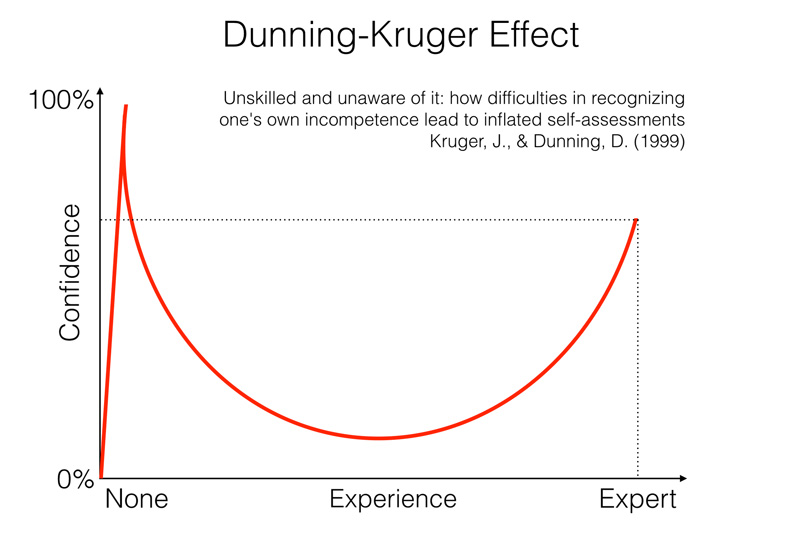