Reflecting on the past few years, I’m noticing something. I’ve created a few things. But a majority of my time was spent on consuming things. I wouldn’t say what I consumed was harmful or lowering my consciousness in any way, but I definitely did not implement anything or take action from what I was passively consuming. Or unconsciously consuming out of laziness. It made me feel like I was doing something useful.

I bought my Mac in 2013 with the intention of getting it to create with. A tool to produce and add value to this world. And all I can really think is all the time and countless hours I spent on it was just consuming. Consuming the internet. Other people’s lives. Vicariously living through others.  I saw a quote somewhere that went something like,”technology wasn’t meant to be consumed, but was meant to be created and wielded.”

I just watched a video about this topic as well. It asks every night before bed, calculate a net output for your daily consumption v.s. creation. I definitely fall on the side of consumption. I realize how important creation is, of any sorts. And I also do realize how hard it is. It’s so much easier to just surf the internet or turn on the television than to make anything meaningful, or make anything at all.

Expectations and failure loom overhead. We just can’t seem to silence the inner turmoil. And when you start to work on something, it just seems to scream louder. But maybe there’s a tipping point, maybe if you create enough, and blow past all the inner demons, that maybe constant creation will have a positive net effect on your life, as opposed to living reactively and passively.

I just had a flashback to when I would sit in the basement of my parent’s house and type on a keyboard that wasn’t plugged into anything. It reminds me of what I’m doing now, typing with my Mac screen dimmed all the way.

It’s much easier to visualize all the perceived benefits  and rewards of making your future masterpiece. But idly daydreaming does not perpetuate you anywhere. I don’t even really know why I’m writing this blog other than that I cannot keep doing nothing and hiding from myself in denial. I can’t keep unconsciously consuming and be pulling myself farther away from myself, blotting out what my soul is crying out for me to do. It doesn’t matter what I’m creating, as long as I’m creating something. I have read countless books on self-help and one was called the War Of Art. It’s an entire book on the resistance you feel to producing anything at all, and Steven talks about how this resistance is the problem that causes much melodrama in people’s lives, and how they will do anything to blot out their calling. He says the hard part isn’t writing, the hard part is sitting down to write. I can relate because I’ve been dreaming about the rewards of writing songs for years since I was 12. But I definitely have not written that many songs.  One must let go of the outcome and just create like your life depends on it. Because it does.

This society really all is just based on creating value for other’s lives. Which time is exchanged for money, or time upfront is spent creating products which can be sold passively for larger amounts of money. The entire economy is based on creating value. Yet we’ve been programmed to be “good consumers”. The video mentions that we know intellectually that going to the mall and buying something new won’t make us happier per say, that we know that searching externally won’t make us happier, but it’s definitely something we all unconsciously participate in! When on the other hand, creation is using everything you’ve consumed inside and digging deep and making something new, while discovering things you might’ve not noticed before, and ultimately changing your life for the better. I read an article on consuming consciously recently. A point in it mentioned somebody who after every chapter in a book they read, they write a one-page summary of what they read. That results in 50% more retainability. Even listening to music passively is easier than creating music itself. Just about anything is easier than creating. But all in all, creating is a habit that can be cultivated. And currently, I’ve established habits of running away from creating, or maybe creating once in an awhile, and dreaming about it for the rest of the time. But I scheduled the time to create and write today with my friend, and that’ll result in having an accountability partner.

Don’t wait around for the future, create the future. Or else someone will hire you to help create theirs. Don’t let your ego rule the show, fantasizing about all the work you’ll do and all the benefits that will come with it. That’ll never happen, stop daydreaming and start doing. It’s not soulless, it’s soul mending. Silencing the inner turmoil and creating.

So is your technology tools for consumption or creation? For a while I was blaming my Mac and my iPhone for being distractions and time wasters, when in reality, I was choosing to waste my time on them when I have all the resources in the world to create my life by producing whatever I really want to, and sharing it with the world. I had it backward and just listened to my inner demons pulling me away from lining me up with creation. Are we here to consume or create?

Do you want to look back in several years and go, “wow, look at everything I created!” or go, “well it is all sort of a fog, I don’t remember anything really, and I have nothing to show for it. I just consumed whatever was passing, ultimately that somebody else created”. 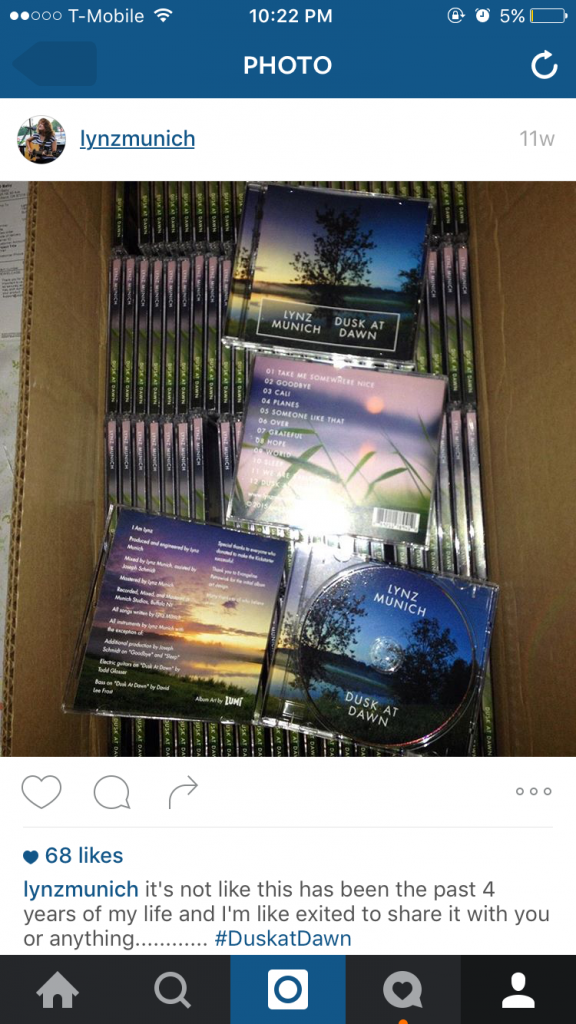